The holiday season offers boundless opportunities for local businesses to bring in new customers, increase sales and create momentum for the new year. As the festive months roll around, businesses should capitalize on the increased foot traffic and spending the holidays bring. Planning is essential to a successful holiday season – inventory, mental health, marketing and more. Join Tracey Baker and Denise Tucker, two local business owners, as they discuss tips to help you navigate this hectic, but profitable, season. 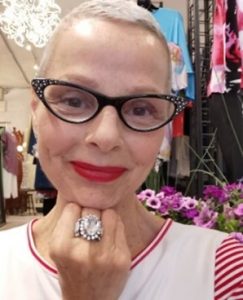 A Barrie girl, Tracey Baker built her corporate career in Toronto successfully specializing in Business Development and helping others build their book of business… first in consumer products then in professional services. From there she moved to a small boutique focused on supporting professional women in business and ultimately to the NFP sector with two different associations. By the time her final contract ended with the second association, Tracey had moved back to Barrie. She had dabbled as the part-time Manager of a small women’s fashion boutique in downtown Barrie where she was able to indulge her lifelong passion for fashion. When the founders/owners decided to sell, Tracey said, “Well, I haven’t done that before!” so she did! Tracey is convinced that ALL of her experiences, both personal and professional, ultimately led her to the opportunity that came along in February of 2015. It was the scariest thing she had ever committed to (and that’s saying a LOT); she’s never worked harder for less money; and what can be said about that COVID thing???

An avid world traveller, Denise Tucker began her serious education in all things olive oil during a 2011 Italy vacation. It was the first time she had tasted real fresh EVOO and from that moment on was spoiled for any store-brand olive oil. Trips to Italy, Spain, California, Arizona, Australia, New Zealand, Greece, Cyprus, Morocco and France solidified her interest in the liquid gold and she decided to learn as much as possible about the healthful properties and benefits of using olive oil. In 2015, Denise decided to leave her lifelong advertising career and open an olive oil tasting bar in Barrie. Her only previous retail sales experience was working part time in university. In 2016, she attended the Olive Oil Sommelier program at The International Culinary Centre in New York City to gain a deeper understanding about olive oil. It was an interactive, fast-paced curriculum and ignited a passion that she shares with her team of foodies in now four retail locations in Barrie, Newmarket and Midland. Olive Oil Co also has a successful website and ships across Canada.